Stir Up! Third Sunday of Advent

From the Associate Rector
Stir Up! Third Sunday of Advent 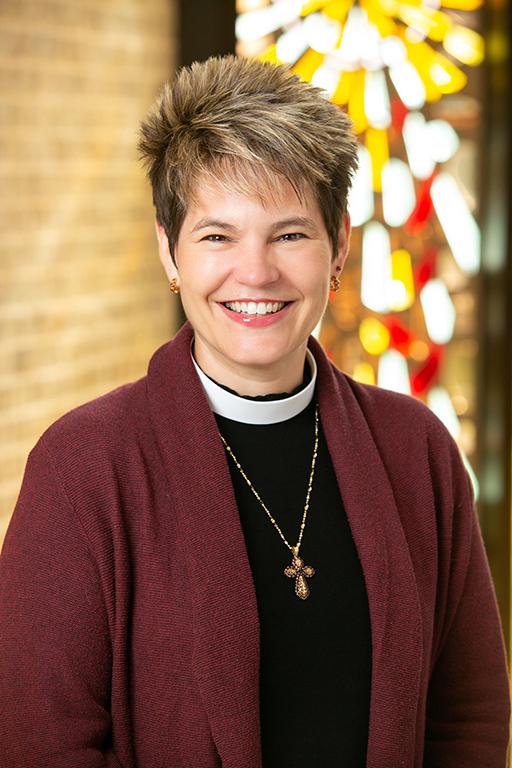 Grace to you and peace from God, our Father, and the Lord, Jesus Christ!
This coming Sunday is often referred to as Gaudete Sunday. I’ll speak to that in this message, but first want to take this opportunity briefly to look back at 2 Advent. I received more feedback on last Sunday’s sermon than any other I’ve preached (with the possible exception of your gracious remarks on my first Sunday with you).
Last weekend, we looked closely at John the Baptizer, the prophet who announced Christ’s first coming. Like the prophets of the Old Testament, John looked at the culture and society in which he lived and held God’s people accountable to God’s law. Prophets called people to consider the ways in which they were failing to demonstrate love of God and love of neighbor and then to repent and return to the Lord. “Repent and return,” was a frequent prophetic refrain. To those who felt God’s absence, prophets spoke words of comfort. Today, when preachers take a prophetic text or character as the focus of their sermon, they take on the prophetic mantle. A frequent saying is that the role of the preacher in a prophetic sermon is to “afflict the comfortable and comfort the afflicted.” Based on your feedback, it appears that my sermon on John accomplished both. Please know that I welcome all feedback on my preaching. My door is always open to you should you feel that I have afflicted too much or in a harmful way.
Having focused last week on the environment into which John the Baptizer arrived, this week we’ll hear what John said and did. Spoiler alert: he stirred things up. People flocked to him in the wilderness. One might think this would gratify him – that he’d be excited to have an audience eager to hear his words. But no. “You brood of vipers! Who warned you to flee from the wrath to come?” Sounds like fodder for afflicting and comforting: I’m glad to be out of the hot seat and look forward to Fr. Casey’s sermon this weekend!
Meanwhile, let me answer a question that came up several times throughout the week: isn’t this Gaudete Sunday? Where is the rose candle in our wreath? Many of us grew up in churches with one rose candle amidst the three white ones. Originally, Christians observed a 40-day fast before celebrating Christmas which, in many ways, resembled the penitential season of Lent. In the ninth century, this period was shortened to four-ish weeks, beginning four Sundays before Christmas. Gaudete Sunday was a lightening of the penitential season, much like Laetare Sunday in Lent. It draws its name from the opening phrase of the introit (or opening verse) for third Advent: Gaudete in Domino semper (“Rejoice in the Lord always” from Philippians 4:4). The traditional liturgical color of penitential seasons is purple; the rose candle was used as a “lightening” of that hue. All of this tradition comes to us through the Roman Catholic tradition which, following Vatican II, dispensed with the rose candle altogether. Hence many churches have returned to an earlier tradition of entirely white candles in the Advent wreath.
“So, why are we using blue?”, you might ask. When I first asked this question, I got a deeply theological answer. The blue vestments are intended to signal to us the true Advent color, the rich blue hue of the morning sky in the last moments before dawn – the last color the eye sees just before the sun (Son) rises. It’s a lovely response, especially for those of us who often awaken early and sit with our coffee in the darkness, which becomes blueness, before dawn. These are moments of Advent time in which we wait and we watch.
More recently, some suggested to me that Advent blue was invented as a means of selling vestments by a retailer. Once everyone has a set in green, white, red, and purple, what more could they sell? So, the suggestion goes, they argued that Advent isn’t quite as penitential as Lent and suggested blue as a lightening of purple. Maybe that’s true. Maybe the blue is simply fabricated by those seeking to sell their wares. Me, I like the sky and the dawn and the waiting and the watching.
Last but not least, notice the intensity of our collect for this third Sunday of Advent:
Stir up your power, O Lord, and with great might come among us; and, because we are sorely hindered by our sins, let your bountiful grace and mercy speedily help and deliver us; through Jesus Christ our Lord, to whom, with you and the Holy Spirit, be honor and glory, now and for ever. Amen.
As the season of Advent draws toward a close and Christmas comes quickly, this collect reminds us that we are to always be awake, alert, and aware that Christ is coming (is coming soon, as the song goes) and that there is much to be done before that time. There’s much more to be done than last-minute shopping, decorating, wrapping, and cleaning. There’s more to be done than holiday baking, though there is a tradition of taking the first words of this week’s collect literally and rushing home to “stir up” cookies, pies, and cakes. What remains for us to do in these final days of Advent is waiting, watching, and preparing. So, let every heart prepare him room!
See you this weekend.
-Rebecca+
transfig2022-08-04T13:07:15-05:00December 14th, 2018|Categories: From the Rector|Tags: Advent, afflict the comfortable, bountiful grace, comfort the afflicted, From the Associate Rector, Gaudete Sunday, Guest Post, John the Baptizer, Laetare Sunday, Lent, liturgical colors, penitential, purple, repent, repent and return, return, Sarum blue, Second Sunday of Advent, speedily help and deliver us, Stir up your power, The Rev. Rebecca Tankersley, Third Sunday of Advent, Transfiguration blogs, vestments|