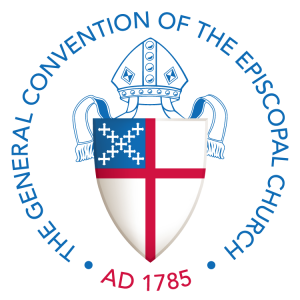 What is General Convention?

General Convention (GC) is the triennial gathering of the leaders of the Episcopal Church. Divided into a bicameral legislature (The House of Deputies is comprised of four clergy and four lay deputies from every diocese; the House of Bishops is comprised of all living bishops), and in conjunction with The Book of Common Prayer and the Holy Bible, GC is the supreme decision-making authority in our church. This year, GC met in Austin

What business did GC consider this year?

Items that received attention include mission and evangelism, with renewed energy and resources being allocated to support church planting and evangelism efforts social justice and public witness, with resolutions that support racial reconciliation efforts, oppose gun violence (including a large public vigil led by several dozen bishops), address gender discrimination in the church, oppose the occupation of Palestine, and support compassionate treatment of migrants and refugees (including another large vigil led by the Presiding Bishop outside a private, for-profit immigrant detention center in Taylor) and the return of the Diocese of Cuba into the Episcopal Church

Was the Prayer Book revised?

No and yes. No, in the sense that comprehensive prayer book revision was not passed. If it had, it would have immediately begun a nine-year process to replace the 1979 edition of The Book of Common Prayer (this proposal is likely to be considered again at the next GC in three years). No, also in the sense that the marriage liturgies of the BCP were not formally edited. Yes, in the sense that GC did authorize new expansive language adaptations of three of the Eucharistic prayers in the BCP (A, B, and D), which seek to make these rites more gender neutral in their references to God. And yes, in the sense that the same-sex marriage rites approved three years ago were reaffirmed for trial use.

Will Transfiguration be able to use same-sex marriage rites?

Unequivocally yes! A resolution was overwhelmingly passed that will finally enable our clergy to celebrate the marriages of same-sex couples right here at Transfiguration, beginning in Advent (early December). The resolution requires bishops who will not authorize these marriage rites, such as our own bishop, George Sumner, to request a visiting bishop from another diocese to provide that authorization to any rector who requests it. Fr. Casey has already given notice to Bishop Sumner that we request such alternative episcopal oversight.

What else might change as a result of this resolution?

Bishop Sumner is working with another bishop to provide a great deal more than authority to conduct same-sex marriage. It is likely that, beginning in Advent, we will be under the pastoral authority of another bishop on most congregational matters. This means we will likely have a different bishop perform Confirmation, oversee candidates discerning a call to ordination, license clergy (i.e. necessary for clergy who are hired from outside of the Diocese of Dallas), and provide pastoral care to our clergy. The details are still being worked out, but Bishop Sumner has been open in expressing his belief that this comprehensive delegation of pastoral oversight makes the most sense for churches like ours.

Would we still be part of the Diocese of Dallas?

Yes. Even if we are under the pastoral authority of a bishop from a different diocese, we would still be members of the Diocese of Dallas, with seat, voice, and vote at diocesan council and the ability to stand for all committees and commissions of the diocese.

If you have any questions about the actions or implications of General Convention, you are invited to email Fr. Casey at cshobe@transfiguration.net.