Empathy Out of the Mouths of Babes 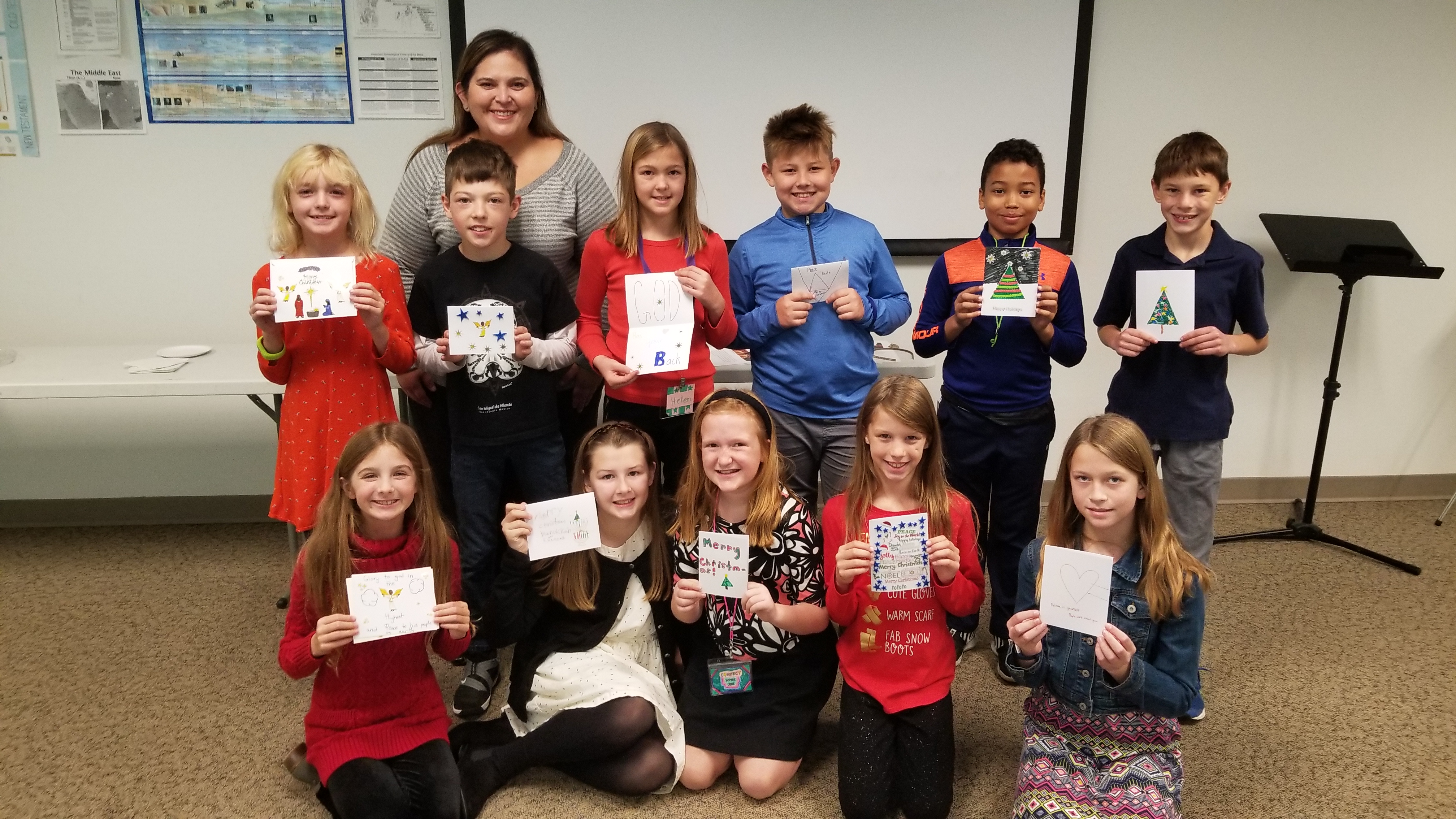 As kids wandered into an upstairs classroom, they grabbed some orange juice and mini muffins and plopped down onto the floor, crisscross-apple-sauce in a simi-circle. The ImpactKids class began with a conversation about Christmas and Advent—what they are getting their parents for Christmas, what they have asked for in return.

Before too long it was time for class to start. They began with a warm-up, talking about the sermon at the early service and how it applies to their lives, sounding more like young adults than 9 and 10 year olds.

Director of Children’s Ministry Cindy Hauser steered the conversation toward the topic of the year.

“Our ImpactKids theme this year is compassion in action—walking in someone else’s shoes; imagining what we can do to alleviate their sadness.

“What is empathy? What does it mean to be compassionate?” she asked the class.

A kid with a plate full of muffin crumbs answered, “Empathy is when you imagine how someone feels. And compassion is when you want to do something about it.”

Then Cindy introduced a special guest. “We as Christians are called to live a compassionate life and help those in need—to, in our daily life and our jobs, alleviate their pain and challenges,” she said. “Judge Delia Gonzales does that in her work with kids in foster care.” 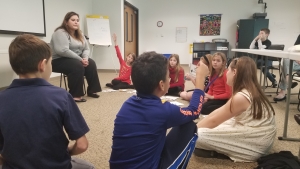 Gonzales, an associate judge of Dallas County Child Protection and Permanency Court, introduced herself to the class and brought up the topic of the day. “Often the children in my court feel the only reason CPS or their attorney cares for them is because they ‘have to’ and not because they are great kids. I think it will give hope and remembrance that they are cared for even by those they do not know personally.”

The kids’ project for the day is to write cards to the kids in Gonzales’ courtroom.

“The kids that I see in my court don’t have parents. They don’t live with family. They live with strangers,” she explained. “They struggle because they don’t get to see family or live with families. In our holidays we get to have traditions with family, but I see kids every day who are not going to have that.

“One young lady” she said, pausing with tears in her eyes, “was in my court and we had found her grandmother.

And when her grandmother came into court this young lady was pregnant and living on the street, literally under a bridge. Her grandmother said a lot of mean things about her and said she wanted nothing to do with her. How do you think that made her feel?”

“Really sad,” said one of the kids with a despondent look.

“What do you think you could say to her to make her feel better,” asked Gonzales.

“Believe in yourself. Don’t drop out of
school,” a kid said. “You can do this. We still care about you.”

Gonzales posed another question, “How many of you have lived in the same home your whole life—one home, two homes, three homes?” Some kids raised their hands, more and more as the number of homes increased. 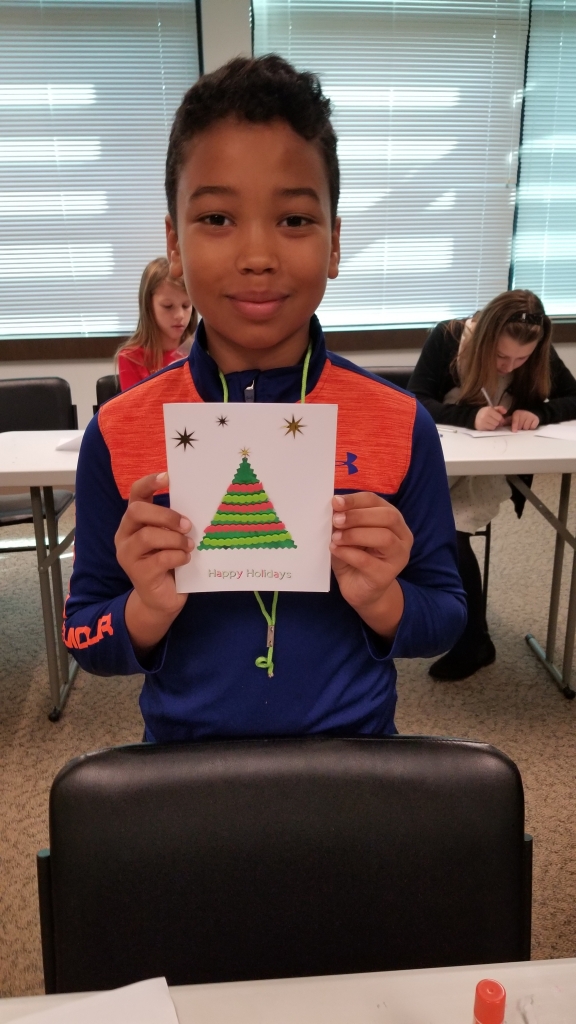 “But you have probably been with your family your whole life. I know one young man who has lived in 42 homes in three years. What do you think that does to him,” she asked.

“So what are some things you can tell that young man?”

“That it is going to be okay,” another kid chimed in. “God still loves you.”

“Believe in yourself,” another kid added. “You’re a survivor.”

“Sometimes it’s easier to listen to kids than it is to listen to adults,” said Gonzales. “Part of your project today is to tell my kids something you would want to hear if you were in their shoes.”

The kids lined up at the supply counter, grabbing cards and markers and stamps, ready to make art to encourage the kids under Gonzales’ care.

As the kids sat at their tables and wrote their messages of encouragement, looks of determination and care on their faces, they explained some of their motivations in creating their cards.

“Today I learned that everyone needs encouragement and that we should treat people nicely,” said 9-year-old Helen.

When asked how they would feel if they were in the foster kids’ shoes, 10-year-old James answered, “I would feel happy that I got a card because someone is actually caring about how I feel.” 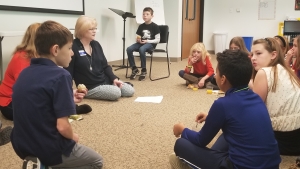 Maisie, 11 years old, added, “I would feel sad, depressed or angry if I were them and would really not like how my life was. When I opened the card though, I would feel encouraged and happy.”

Sophie, 10 years old, summed up the lesson of the day: how do you live into your Christian values throughout your week? “Treat others how you want to be treated. If there is someone at school who isn’t being played with then you should talk to them and ask if they are doing okay and make sure they feel good.”

Teacher Christina Jump closed the class in prayer, part of which read, “Lord grant us the kind of hearts that we may be voices for the oppressed, givers to the poor, and providers of encouragement for those not as privileged as we are.” 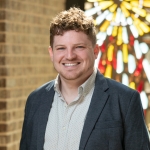 Judson Watkins is the Director of Communications at Episcopal Church of the Transfiguration. Previously he was the Communications Director at First Presbyterian Church of Dallas and worked at Preston Hollow Presbyterian Church. Judson studied religion and communications at Louisiana State University in Baton Rouge and Lon Morris College in Jacksonville, Texas. He was born and raised in East Texas, where he gained an appreciation for all things outdoors. Click here to contact Judson.