In early May, a thunderstorm passed through Dallas late one weeknight, dumping several inches of rain in a few hours. As it fell, it dislodged one of the slate tiles from the roof above the library, which was then pushed along with the rushing water until it reached the lone drain on that section of roof. There it stopped, serving as a sort of makeshift and highly undesirable dam in the drainage system, blocking most of the water from flowing off the roof. It probably didn’t take long for the water to accumulate on that flat section of roof, which then started actively leaking down various seams into the library below. Thankfully, the late-night cleaning crew discovered the water in the library and called Bracken Reece, our Director of Operations, who quickly drove back to church, mounted the roof during the driving rainstorm, waded through standing water 14 inches deep, and found the culprit plugging the drain. He pulled the tile away, cleared the drain, and the water level slowly lowered until the leak stopped. The library floor was damaged, the rug badly soiled (it has since been cleaned), and a few books ruined, but, thanks to some quick thinking and a lot of luck, catastrophe was mostly avoided.

This recent story illustrates the perils we face as a church. We are blessed with an amazing campus consisting of nearly 120,000 sf of buildings, half of which we exclusively operate and the other half of which are operated by Parish Episcopal School. Thanks to the vision and generosity of past generations of Transfiguration members, we have the facilities to do just about everything we can dream up: glorious worship, fun-filled fellowship events, extraordinary formation programs, and life-changing outreach. However, we have not always properly funded the maintenance such expansive facilities regularly require. Only in 2015 did the annual operational budget begin to include a line item for capital maintenance, but regrettably at a level well below recommended, “best practice” standards. This inadequate funding was not the result of negligence by the Vestry, but rather from the hard choices that churches often face when trying to balance the funding needs of mission and maintenance. We could have fully funded the repairs and replacements we knew were needed, but only by gutting the staff and programming that makes Transfiguration the church we know and love. So the Vestry did the best it could, made some tough compromises, and moved ahead. Unfortunately, that meant projects like replacing the roof above the library and church could not occur, and from there it’s a straight line in time to a rain-dislodged slate tile, a plugged drain, and a nearly catastrophic leak in the library. 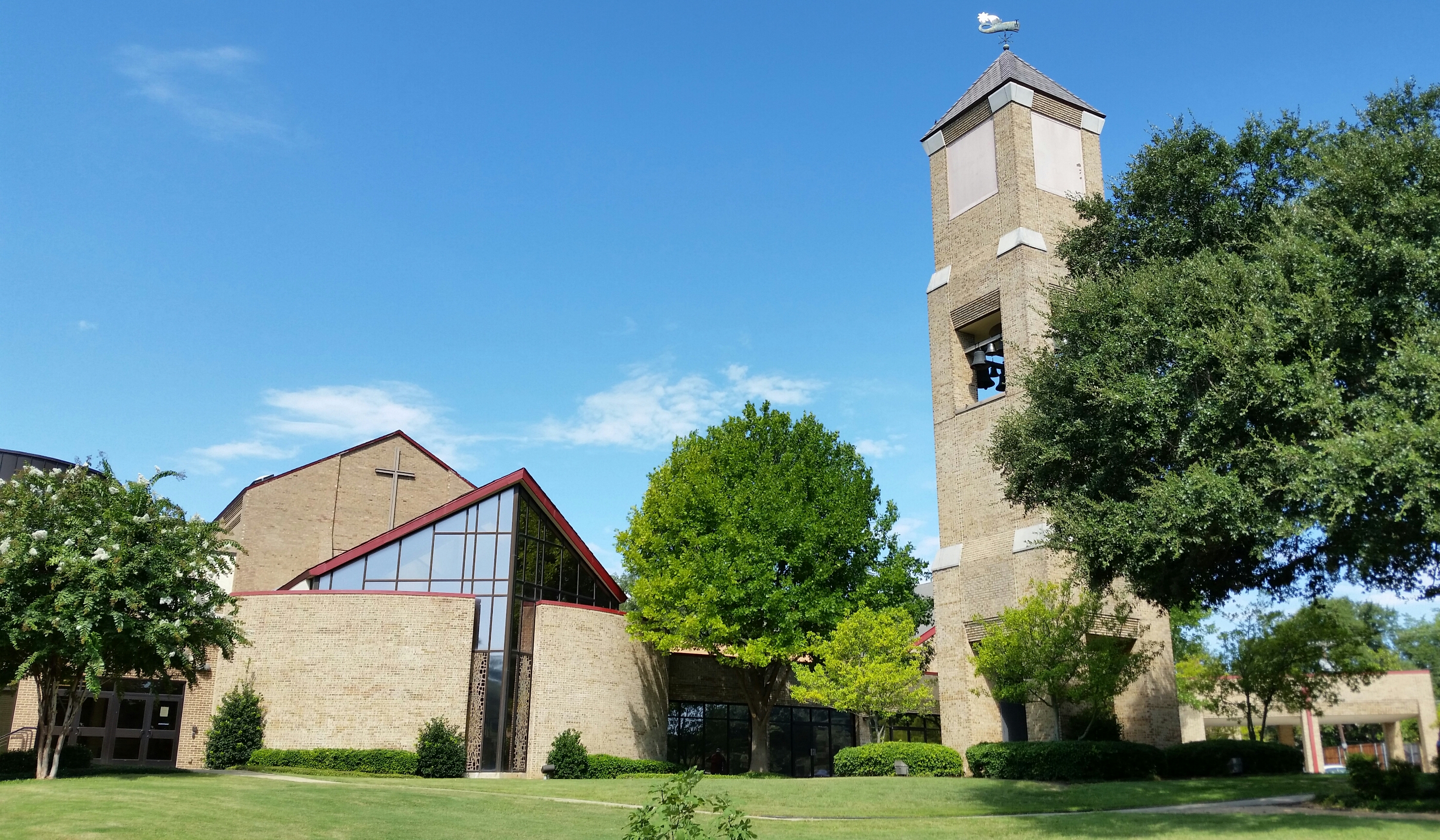 Back in 2013, the Vestry contracted with the firm Building Solutions to perform a comprehensive facility audit. Nicknamed the “Keslar Report” after the firm’s president and longtime parishioner Bill Keslar, this survey analyzed every building on the campus and listed every anticipated update or improvement due to normal wear and tear: roofs, HVAC, flooring, electrical, walkways, drainage, and much more. The survey included all work that would be required for the next 15 years, including a timeline of suggested performance of the repairs and cost estimates. The Keslar Report has been a significant aid to Bracken Reece and the Buildings, Grounds, and Technology Committee in recent years, which have overseen the performance of as many of the projects as possible. But even as we’ve chipped away at the project list, many projects have simply exceeded our financial capacity (such as the roof, which will likely cost $250,000 or more to replace). The Vestry has kept a close eye on these projects, and recognizes that we can only defer their completion for so long before the situation becomes hazardous or the high cost to repair is eclipsed by the extreme costs associated with their failure (again, the roof is a good example).

Then, in 2016, the Vestry conducted an intensive process to identify a set of strategic goals to pursue over the following five years. The result was a list of over 30 goals, small and large, and among them was the goal of updating the facilities audit, along with a corresponding goal of elevating annual fundraising by 25% to provide the necessary funding to perform the work. The good news is that recently the Vestry approved a contract with Building Solutions to update the facilities audit, meaning we will have a new Keslar Report by the end of summer. The harder news is that halfway through the five-year cycle of the Vestry’s strategic goals, and despite concerted efforts by the Rector, staff, and Vestry, we have yet to significantly move the needle on giving, meaning we are not generating more funding in the annual budget for capital maintenance than we were when the goals were established. This means that by the end of the summer, we’ll have an up-to-date picture of our capital needs and projected costs, but we will remain unable to properly fund that work from our annual operational budget.

Among the Vestry’s other strategic goals from 2016 was to “engage in a process of evaluation and preparation to build a chapel.” This particular goal was a holdover from the Jubilee Campaign of 2006, which included in its aspirations the construction of a chapel. The overall campaign was enormously successful, but the vision of the chapel was unfulfilled owing to insufficient funding. Yet the hope for a chapel remained firmly fixed in the imagination of many parishioners, and so, in 2016, the Vestry chose to include it among our current set of goals. Then, in 2017, Bruce and Elaine Culver made a remarkable and unexpected donation of $500,000 toward the chapel in honor of Frances and Bob Martin and committed another $250,000 as a “match” to encourage broader giving. Longtime member George Bienfang also donated $50,000 to underwrite design or preparatory expenses.

In response to these extraordinary gifts, in August 2017 the appointed an Ad Hoc Committee to lead a process of study and discernment. Chaired by Mat Thekkil, the committee met throughout the autumn of 2017 to analyze all aspects of the project: how such a chapel would be used and by whom, how much it would likely cost, how it would possibly impact our operations and budget. By December, the committee concluded that a chapel would have real and important benefits to our life as a church, making such an addition an exciting prospect. They also determined that the lead gifts for the chapel represented a significant portion of the anticipated total cost, perhaps as much as half. But they also concluded that it would be imprudent to build anything new on our campus when we cannot sufficiently fund our existing capital maintenance. Only when we can perform the necessary repairs, replacements, and refreshments to our current facilities can we, in good faith, commit to build anything new, even something as hoped-for as a chapel.

Thus, in January 2018 the Vestry invited the Ad Hoc Committee to shift its focus from evaluation for a possible chapel to evaluation of our capital needs (becoming the Capital Discernment Committee, or CDC). In order to learn how our ministries use our facilities, they surveyed leaders of the Parish Council (a body consisting of leaders from each of our 30+ ministries), and then later opened the survey to the whole congregation (about 150 responded). Ideas were generated, issues and concerns expressed, and a much more accurate sense of priorities by parishioners emerged. During this time new members joined the committee, including Randy Bauer and Bill Keslar, to offer counsel and guidance, and the committee met regularly with Bracken Reece to thoroughly evaluate the current state of the campus. For nearly a year, they collected data, performed financial projections, finetuned estimates, and developed a series of financial models for how Transfiguration could possibly fund the capital repairs. 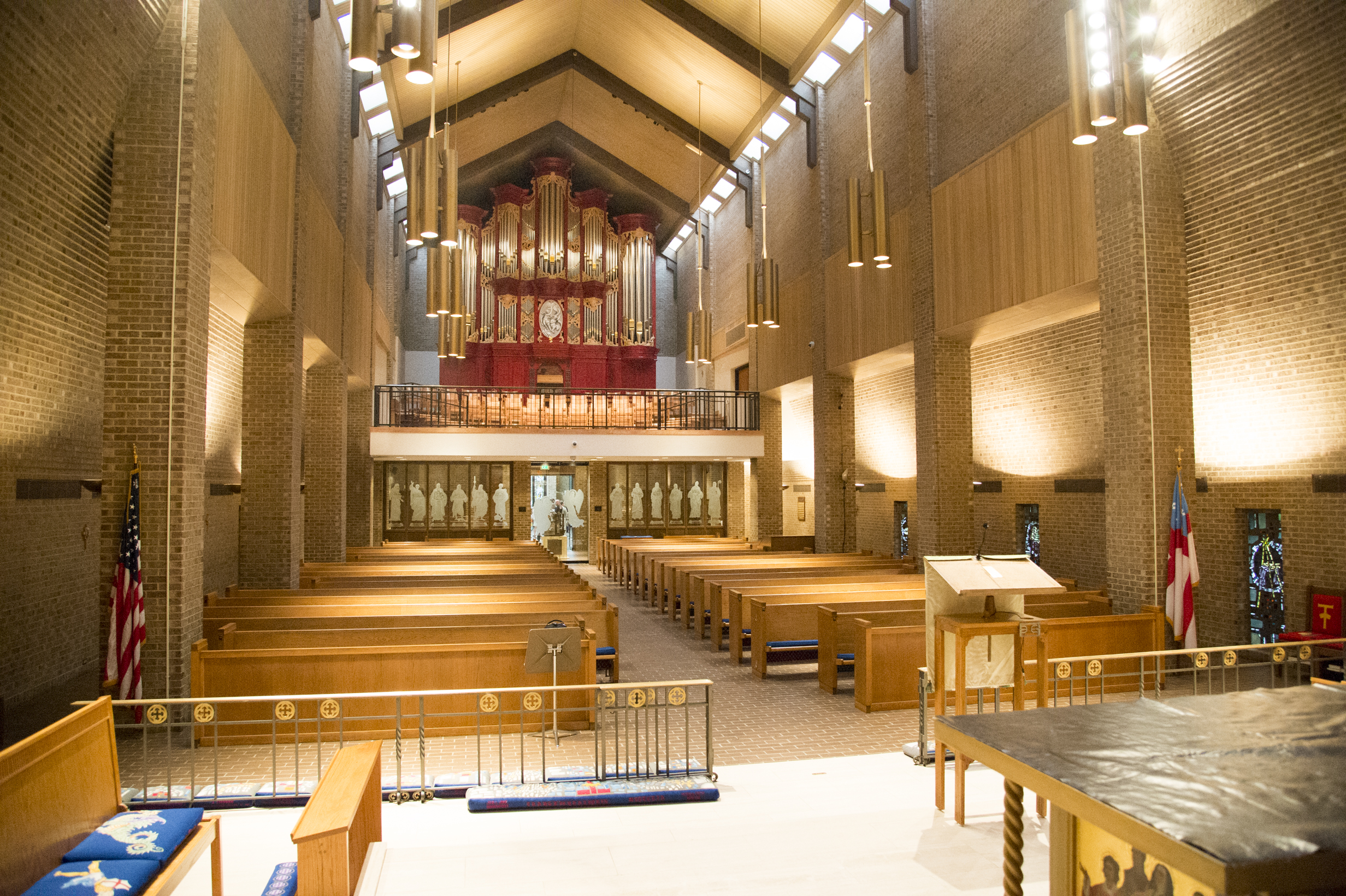 At the Vestry Retreat this past February, the CDC presented their conclusion that we have approximately $3 million in anticipated capital maintenance needs over the next 15 years related to electrical, roofing, code compliance, HVAC, equipment replacement, walkways, A/V, and flooring. Some projects are more urgent than others (again, the roof is a good example), but all are important. The committee recommended to the Vestry that we perform a formal update the facilities audit, which, as was mentioned earlier, will occur this summer. The committee also determined that, in order to properly fund capital maintenance in the future, Transfiguration needs to establish a designated fund, the corpus of which could be invested and the income from which could be designated to supply the annual funding for capital maintenance in perpetuity. Based on their projections, the committee recommended to the Vestry the creation of a fund of approximately $3 million, which would be capable of producing a 5% draw of $150,000 each year. That amount is in line with the Keslar Report projections of typical annual capital obligations, meaning we would be able to fund our capital maintenance needs without relying on the operational budget.

This last point has been extremely important in the Vestry’s discernment. The goal is not only to take care of all the important capital maintenance around our beloved campus, but also to relieve all future generations from this burden, too. The annual dilemma of which obligation to fund, mission or maintenance, is one that has been holding our church back in recent years, and unless we resolve our capital funding strategy, it is a dilemma that will continue to haunt future vestries.

Therefore, building on the outstanding and patient work of the Capital Discernment Committee, and recognizing the urgent importance of this work for the future health of our church, the Vestry has set as a goal this year to prepare for a capital campaign in 2020. We believe we will likely need to raise somewhere in the neighborhood of $6 million to accomplish the dual goals of the campaign: (a) performing the capital repairs we know are needed around our campus and (b) establishing an endowment-like fund to provide for all future capital repairs in perpetuity. The Vestry also hopes that, if we successfully reach those two key goals, we will be able to seriously consider the construction of a new chapel, for which we have already received considerable donations, and also pursue other long-desired improvements to important spaces like our Sacristy and Roper Hall Kitchen.

We will need the generosity of everyone in our church to have a hope of achieving these goals, and we will also need the help of many people to steer what promises to be a significant effort. Much more information will be coming out about this anticipated campaign in coming months, but in the meantime you are welcome to approach the Rector or any Vestry member with questions.

Written by The Reverend R. Casey Shobe, with Julia Trizzino
From the Summer 2019 issue of Illumine.